Yard Operations at Kamloops Jct and the Clearwater Sub wayfreights

We all have our own ideas about how to switch our layouts.  I have taken my ideas from my career of 22 years working for CN in Alberta.  While my operating scheme does not exactly replicate that of the prototype in Kamloops Jct, it does provide the opportunity to build and operate trains that "could have" run. 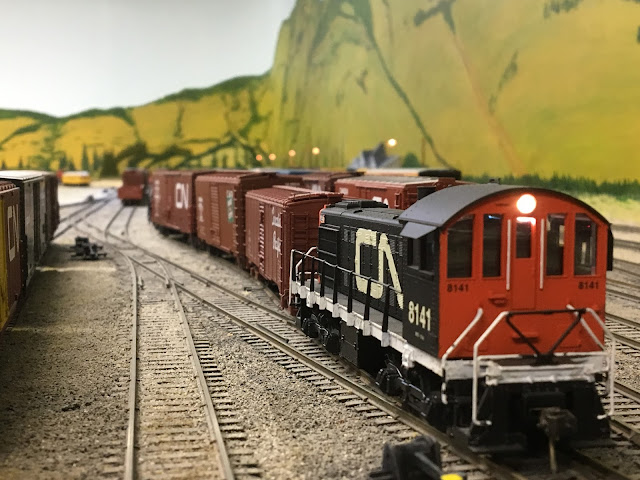 These instructions have been issued to assist the Yardmaster to keep Kamloops Jct fluid and operate the wayfreights and yard assignments on time.

Marshalling instructions:
570  Armstrong cars on head end, then everything else (Vernon, Lumby, Kelowna, etc).  Wooden caboose is normal and train departs westbound/southbound with crew arriving on 569.  This should be the first train built after midnight when the chip cars have arrived from Thornton Yard (usually on 410 or 404).
562  Log cars, chip cars, any other Vavenby cars, then Exlou cars on tail end because of a runaround move to spot and lift at Exlou.  Wooden caboose is normal and train departs eastbound.
564  Any Avola cars.  Wooden caboose is normal and train departs eastbound ahead of 562.
417  Ashcroft, Boston Bar, then any other west cars.  Cab can be changed out if it will speed up operations.  417 arrives with mostly Kamloops traffic and departs with all west traffic offering, including west cars arriving on the train.
314XK  Any east traffic offering up to a maximum of 15 cars (not including the caboose).  If there is traffic at Avola to lift, train will leave Kamloops Jct small enough to pick up Avola.
410 will arrive with traffic for Kamloops Jct.  Fill with east traffic to a maximum of 15 cars (not including the caboose).  This train may also lift Avola, if required.
201 will setout traffic for Kamloops Jct and will depart.  The only cars that can be picked up are those destined to Chilliwack. 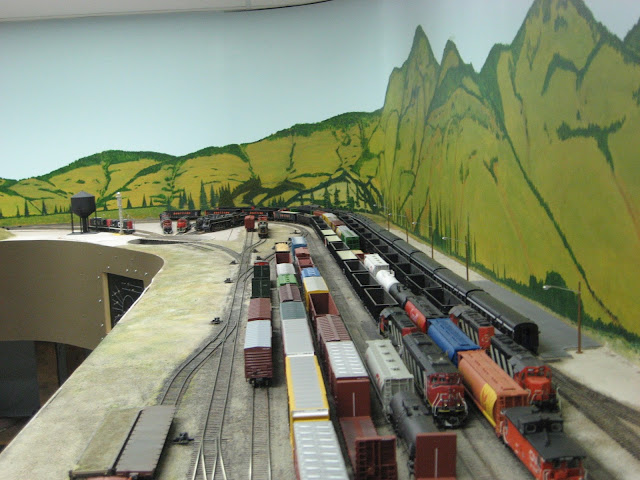 The Wayfreights of the Clearwater Sub 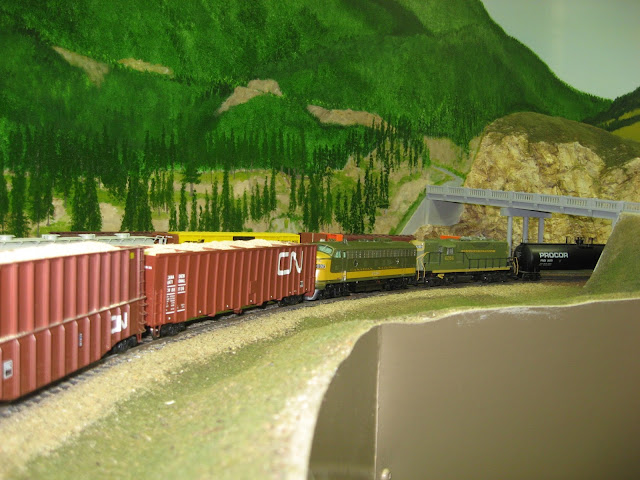 This train switches all industries and spurs at Exlou and Vavenby and operates as a Vavenby turn out of Kamloops Jct.
Exlou cars departing Kamloops Jct should be on the tail end of the train to make it easier to switch at Exlou.  Both spurs at Exlou have points that face west (toward Kamloops Jct) so a runaround move is required.
Any traffic to be lifted may be left for your return trip to Kamloops Jct so that you don’t have so many cars to deal with at Vavenby. However, the siding must be left clear when you depart.  Cars for Vavenby or Avola from Exlou should be taken to Vavenby.
I have found that switching the chip/log spur (CA23)  in Vavenby is best done when arriving as you are entering the siding.  It saves having to get extra signals from the dispatcher.
There are two tracks off the main where OCS cars can be left;  CA19  (stub ended) and CA18 (open on both ends).  Most times the track is specified on the waybill, but if there is none, either track is fine.  CA18 is also used to store lumber etys for the mill.
The loading track at the mill (CA24) has room for three bulkhead flats on the west end and two boxcars on the east end at the platform.
562  returns to Kamloops Jct with all traffic lifted from Vavenby picking up the traffic from Exlou. 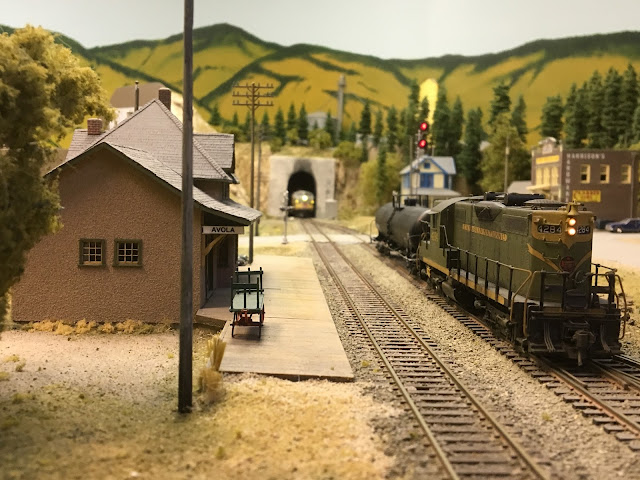 564 switches all industries and spurs at Avola and operates as an Avola turn out of Kamloops Jct.  You may receive instructions to lift cars destined to Avola from Vavenby.
The Lafarge cement plant has its own switcher to load bulk cement in covered hoppers on track CA15.  The switcher is responsible to move loads from CA15 to CA14 and to move up to three empties from CA14 to CA15.  This usually happens prior to the arrival of 564, but could also happen when you are in town.  Unless we are short of crews, this is done by a separate crew.
It is usually easiest to switch CA10 (Imperial Oil Spur) on the main track when you arrive and then find your way to the siding.
All east traffic is to be left on CA12 for pickup by a through train later in the day.  All west, CPR and local traffic leaves with you on the train.  If there are any cars for Vavenby or Exlou, they are to be spotted on the return trip.

There was only one wayfreight on the real Clearwater Sub and it normally ran to Blue River one day and back to Kamloops Jct the next, three times a week.
Posted by Norman S at November 17, 2017

Email ThisBlogThis!Share to TwitterShare to FacebookShare to Pinterest
Labels: Operations