Filling out a Train Sheet for my layout

Filling out the Train Sheet

The dispatcher uses many tools to do his job.  On the CN Clearwater Sub, one of those tools is the Train Sheet. 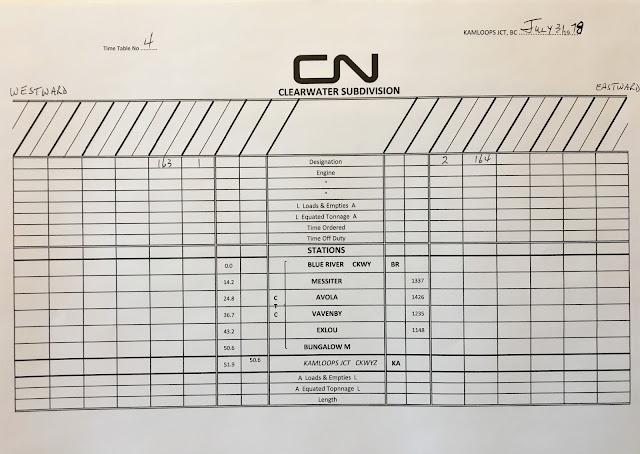 Here you see a portion of a train sheet that has been started before the new day has begun.  The current Time Table is shown, as well as the date of the new day (the direction of the trains was written in because of how the picture was taken).  The dispatcher has written in the regular trains closest to the station column.  This information is found in the Time Table. 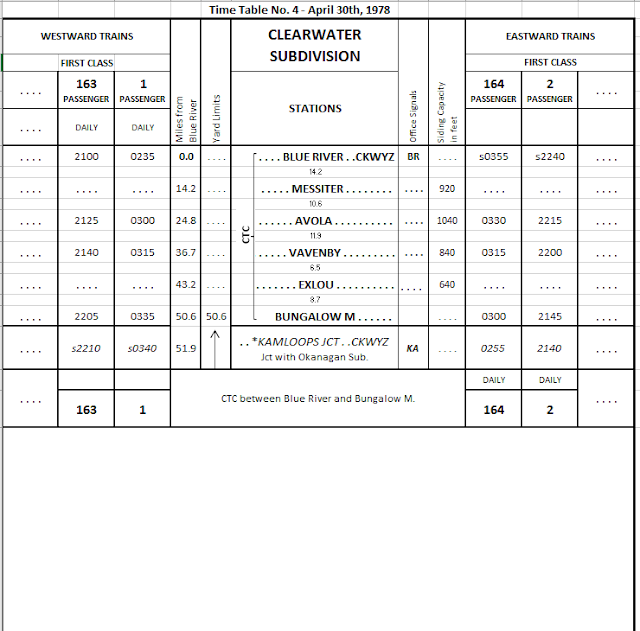 The dispatcher then uses the current running instructions to pencil in trains that should run and approximate order times. 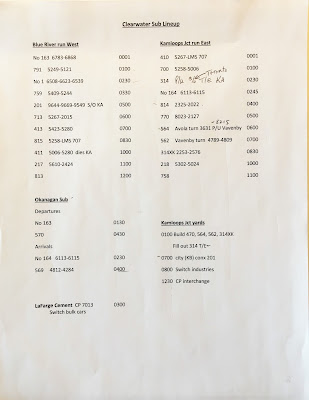 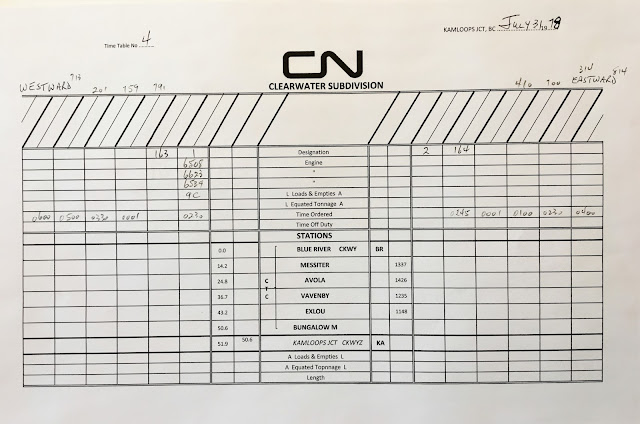 As trains are supplied, the dispatcher will take the information from the supplies and enter it on the train sheet.  Because we do not use operators to do that, the supply sheet is passed to the dispatcher by the train crew, yardmaster or myself. 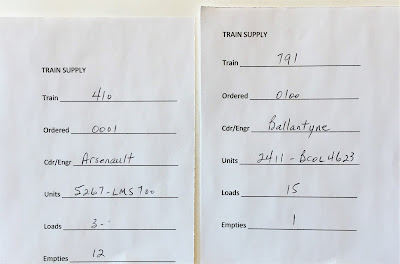 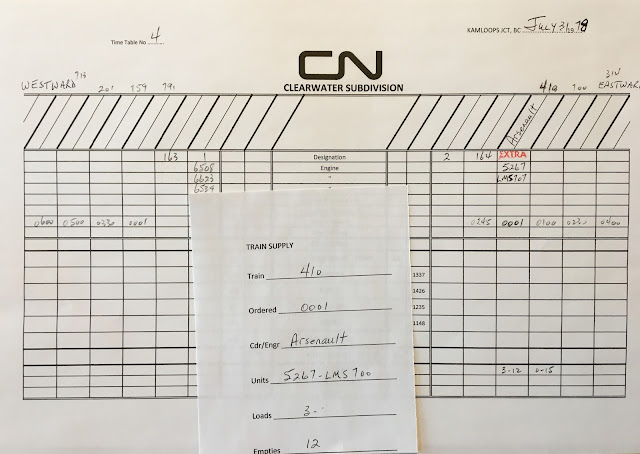 The information is written in ink (except for the booking, loads and empties, tons, length).  If we were using an operator, the train would be cleared and then the train would be capped with a red EXTRA stamp.  Regular trains would not be capped, but the ordered time, schedule number, etc. written in ink would mean the same thing.  For our purposes, receiving the supply is sufficient for the dispatcher to cap the trains.  The following pictures demonstrate the order in which this activity could follow. 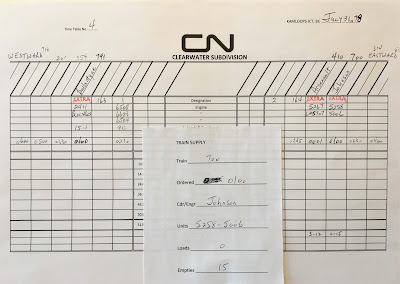 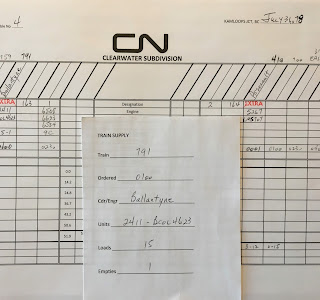 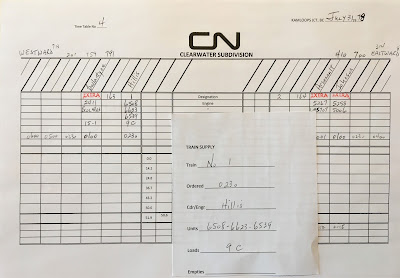 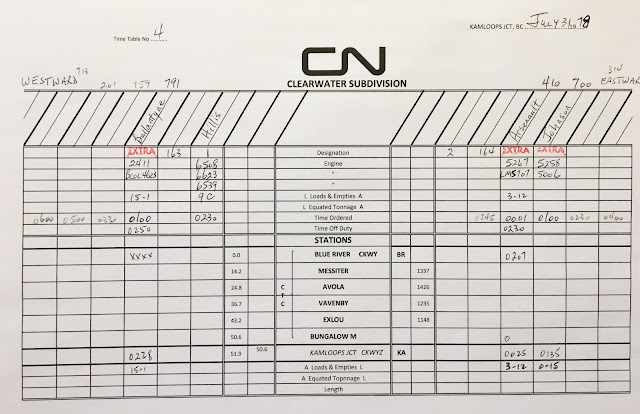 The dispatcher will continue to add trains in the order in which they are ordered from the inside of the sheet outward.  The only exception are trains that turn short of the next terminal, such as way freights (562 and 564), or work trains.  They are placed on the outside of the sheet and will show "TURN" in the Time Off Duty time space on the outbound trip and "TURN" in the Time Ordered space for the return portion of the trip.  The column is also cut off at the turn around point, such as Avola or Vavenby.
Posted by Norman S at December 31, 2017